What is actually a freeride ski? 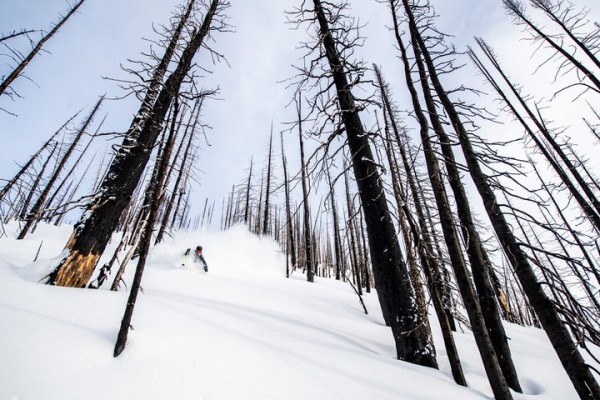 For whom is the freeride ski suitable?

Freeride skis stand for freedom of movement on the mountain and for crossing boundaries. For skiers who feel constricted and limited on the groomed slopes and for whom the standard black run has long ceased to be a challenge, freeride skis open up completely new avenues.

Even though many freeride skis today are definitely suitable for the slopes, they certainly cannot be compared with slalom carvers or race carvers in terms of edge grip and smoothness on hard surfaces. The great strength of freeride skis is clearly skiing in deep snow, and therefore they are particularly suitable for riders who are primarily out for adventure in the great outdoors and only use the piste to get to the next gondola or lift.

By the way, skiers who want to get to the very remote corners can do without lifts and gondolas altogether if their freeride skis are equipped with a touring binding and they are willing and fit enough to make the ascent under their own power. However, freeride skis are primarily optimized for downhill skiing, and those who are particularly interested in the ascent are probably better off with the ascent-oriented touring skis.

Apropos fitness: Just like ascents, descents in open terrain also pose some challenges for man and material. Therefore, a certain level of athleticism and plenty of skiing experience are basic prerequisites for safely enjoying a powder adventure. Those who are still a bit unsure on the boards should probably first practice a few times on the edge of the slopes before venturing into the really big adventures.

What are the characteristics of a freeride ski?

The most important feature of the freeride ski can be seen at first sight: It is quite wide. And at least 100 mm in the middle. This high center width serves the purpose of distributing the weight of the rider over as much surface area as possible to provide lift and prevent sinking in deep snow.

This "floating" characteristic of the freeride ski is supported by its long and raised shovel, the pronounced rocker, the mostly quite low preload and the comparatively low weight of the materials used.

Apart from these general freerider characteristics, there are plenty of differences between the individual models: some models are rather smooth-running and built for fast and long descents, others are much more agile and allow for tricks and fun in the terrain. Some are a bit lighter and even better for climbing, others are a bit heavier and have a bit better edge grip in case you do have to ski down a hard slope.

What length should you use for your freeride ski?

Since the freeride ski is very easy to turn anyway due to its pronounced rocker and it must not be too short to ensure the desired lift in powder, you should ride your freeride ski at least in body length. If you want, it can also be quite a bit longer.

Although there is of course nothing to prevent women from skiing the men's (or unisex) freeride skis, there are good reasons why female skiers should rather look for the models designed specifically for women.

Are you less fascinated by long powder descents in open terrain? Then our touring skis could be just right for you!
You are often on the slopes, but also want to make a detour into the backcountry from time to time and are looking for a ski with which you can do both? Then you should take a look at our all-mountain skis!
Or is the piste enough for you as a stomping ground and you like nothing better than making turns on the freshly prepared snow? Then our race carvers, slalom carvers, sport carvers or allround carvers might be something for you.

Tags: Freeride Ski
Trusted Shops Reviews Toolkit: 1.1.5
This website uses cookies, which are necessary for the technical operation of the website and are always set. Other cookies, which increase the usability of this website, serve for direct advertising or simplify interaction with other websites and social networks, will only be used with your consent.
Decline Accept all Configure