What is actually an allmountain ski? 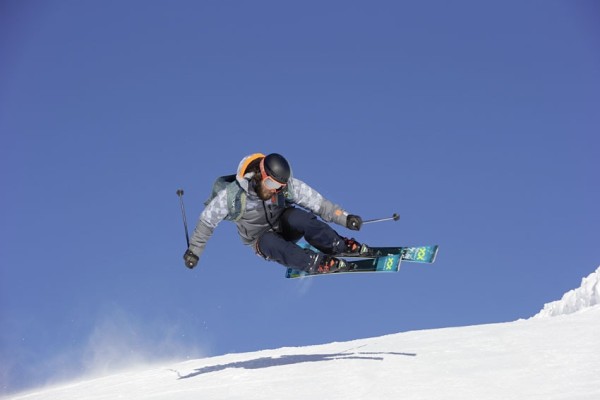 For whom is the allmountain ski suitable?

The allmountain ski is literally one for everything. Allmountain means everything that the mountain has to offer: Whether it's the freshly groomed slope in the morning or the sulz in the afternoon, the icy steep slope or a detour into deep snow, the all-mountain ski can handle it all.

Therefore, the allmountain ski is particularly suitable for skiers who do not want to commit to any particular type of terrain or skiing style and want to be equipped for all conditions with one pair of skis. A generalist for generalists, so-called. Skiers who are mainly skiing during Easter and later in the winter and therefore have to expect to be confronted with muddy and churned-up slopes more often might also appreciate the allmountain ski.

The allmountain ski is one for everything, but not necessarily one for everyone. Of course, the generalist can hardly hold a candle to the specialists in their respective fields: A slalom ski is certainly more agile, a racecarver even more aggressive, and a freeride ski floats even better in deep snow. And beginners and inexperienced skiers will certainly have an easier time with an allround carver.

But for advanced to good skiers who do not want to be perfectly equipped for one style of skiing, but good for all styles, the allmountain ski is a good, maybe perfect mix.

What are the characteristics of an allmountain ski?

And you can see that at first glance: The center width of the allmountain ski varies between 80 and 95 millimeters, depending on the model, and the radius roughly corresponds to that of a racecarver. Due to the higher width compared to the racecarver and also due to the more pronounced rocker, the allmountain ski has more lift in deep snow and sulz, but can be carved much better and safer on the hard slope than the again significantly wider and more rockered freeride ski.

In which length should you ski the allmountain ski?

Since the allmountain ski is comparatively easy to turn thanks to its pronounced rocker and the lift in deep snow depends primarily on the size of the surface over which the weight is distributed, it is neither necessary nor sensible to ski it too short. It's best to choose a length that roughly corresponds to your height. Up to ten centimeters less is still within reason.

Even though there is of course nothing to prevent women from also driving the men's (or unisex) race carvers, there are good reasons why female skiers should rather look around for the models developed especially for women.

Not the right ski for you?

You are not interested in deep snow and are looking for a specialist for the groomed slopes? Then you should take a look at our racecarvers, slalomcarvers or sport carvers!

Or, on the contrary, do you want nothing more than to get off the slopes and into the powder? Then our freeride skis might be just the thing for you!

Tags: Allmountain Ski
Trusted Shops Reviews Toolkit: 1.1.5
This website uses cookies, which are necessary for the technical operation of the website and are always set. Other cookies, which increase the usability of this website, serve for direct advertising or simplify interaction with other websites and social networks, will only be used with your consent.
Decline Accept all Configure