Sporty slope skis from Fischer: the perfect fit for everyone 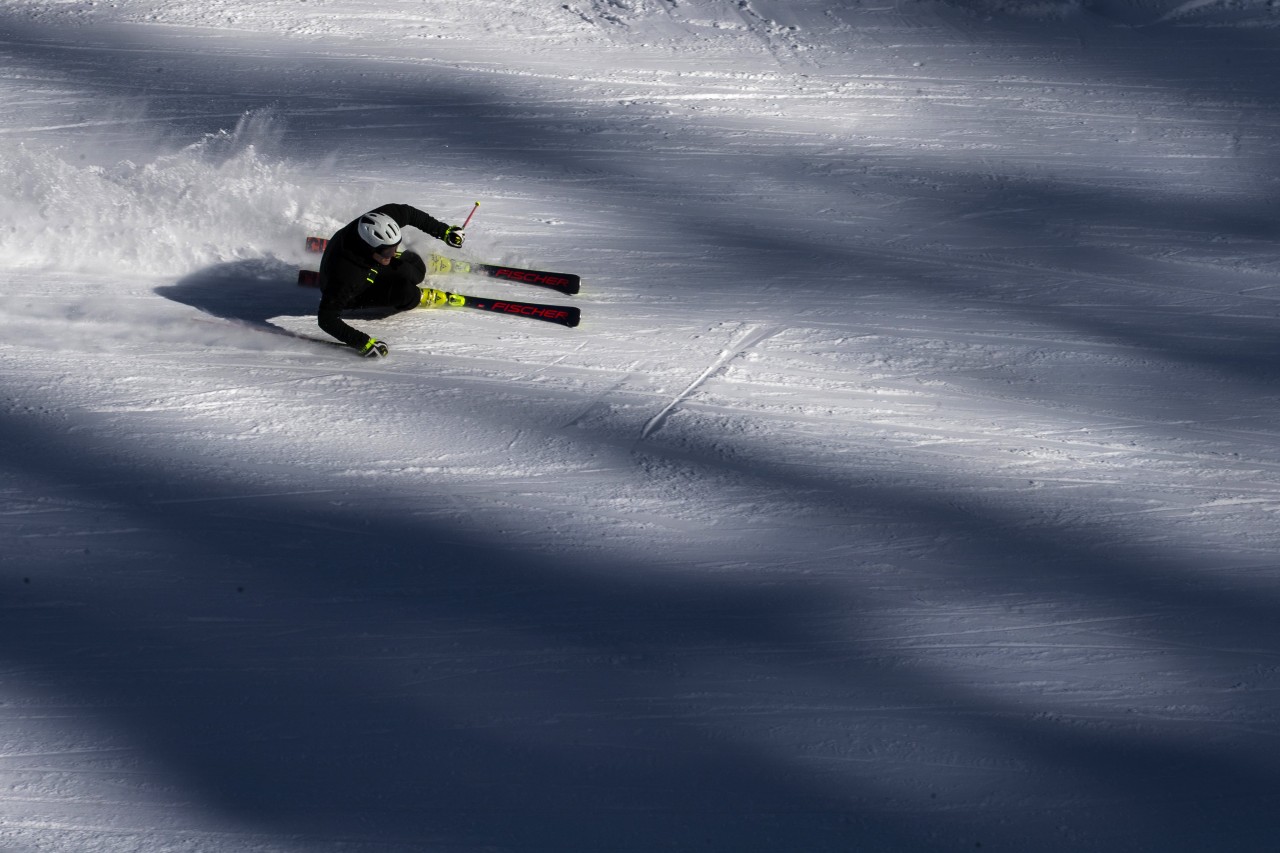 The confusion starts when you scroll through our online store: So many models, which one is right for me? There are dozens of models for every application. How can you decide? We can't explain all the models and every subtle difference here either, but we can at least make a start using the example of the Fischer company.

In fact, Fischer makes a whole range of different models that are aimed at the same audience: sporty skiers who are mainly on the slopes. But of course it wouldn't make sense to build so many different skis if they were all ultimately the same. So: for all the similarities, where are the differences, and why are they important?

Fischer addresses the sporty slope skier with three series at once: the completely revised RC4 Worldcup series, the RC4 The Curv series and the brand new RC One series, which replaces and improves the well-known Progressor series.

Classics, because Fischer's skis are roughly based on the FIS racing skis used in international ski racing. Innovative, because Fischer equips the skis of the RC4 World Cup series this winter with the latest materials and technologies directly from the Fischer Racing Lab to give the skier a whole new racing experience.

The completely newly developed shapes of the Fischer RC4 World Cup skis provide unbeatable acceleration, stability and optimum grip. Also new is the titanal insert, perfectly adapted to the ski geometry, whose special contour ensures pinpoint power transmission and smooth running. Torsional stiffness and power are further enhanced by the innovative Diagotex diagonal carbon mesh. Fischer has also thought of everything else, from the wood core to the Race sidewall and the original World Cup base to the precise edge finish, which is needed for perfect edge grip and high-speed descents.

The new flagship of the RC4 Worldcup series is the Fischer RC4 Worldcup CT, which with its slim dimensions of 113-65-98 and its medium radius of 15.5 meters on 175cm ski length is both a versatile and highly aggressive racing machine that is both smooth enough for long-drawn turns at top speed and agile enough for rapid short turns.

The redesigned Fischer RC4 Worldcup SC is a pro salom race ski that gets short turns, in particular, right to the point. With this lively and aggressive ski, the narrow line becomes a masterpiece thanks to the new 119-66-104 waist and a radius of 13 meters. In particular, the new M-Track plate construction provides an optimized stance position and a whole new turn feel.

But be careful: these two skis are certainly not for beginners, rather for real racers who do not want to compromise and go to their limits!

Fischer is even more unconventional and experimental with the RC4 The Curv series. The special feature: the Triple Radius enables better control and power transmission throughout the entire turn - from the exact turn initiation to the precise gliding phase on the edge to the final acceleration at the end of the turn.

As the new top model in the series, the simply named Fischer The Curv racing ski is every bit as smooth and torsionally stiff as the World Cup models when it comes to off-the-shelf skiing, and is extremely versatile and agile at the same time. And that's no wonder, after all Fischer have equipped The Curv with the complete technology package:

In addition to the M/O racing plate taken over from the racing sector, including the Freeflex binding, the shaped titanal, the race sidewall and the sintered World Cup base, the Diagowrap wrapping of the wood core with carbon fibres and the carbon bridge made of lightweight carbon fibres installed at a 90° angle in the binding area, which ensure perfect edge grip and a full feel, stand out in particular.

A somewhat tamer and easier to ski but still very sporty version is the Fischer RC4 The Curv DTX. With Diagocarbon, it also features the innovative diagonal carbon grid, which helps resist centrifugal forces in high-speed turns to stay perfectly on track. Tracking performance is further enhanced by the M-Track binding plate and fibreglass bridge. This makes it the perfect ski for demanding skiers who demand a lot from their equipment without wanting to overexert themselves too much.

The only ski in the Curv family that is even more versatile is the Fischer The Curv GT, which, with its higher centre width of 76mm, is able to show off its advantages above all in sulzers and in fluffy snow - without sacrificing agility or edge grip and smoothness on hard slopes.

"Playful" is one of the keywords that first come to mind about Fischer's new RC One series. "Versatile" is the other. That's because with this series, Fischer set out to develop skis that are so easy to ski and so maneuverable that they allow skiers who may not yet be technically perfect to take advantage of all the opportunities the slopes have to offer and improve in the process.

So while the RC4 World Cup skis each perfectly meet a clear set of requirements, the RC One skis are certainly more versatile, both in terms of where they can be used and what skiers can do. This is achieved through some technical innovations.

Particularly outstanding is the turn zone made of Bafatex, a new type of fabric that is both very light and very resilient and torsionally stiff thanks to its special processing. The use of this material in the ski tip and tail makes the RC One skis very light, without this being at the expense of smooth running. They are also so easy to turn that pretty much anyone should be able to handle these skis. The profile is complemented by the Triple Radius adopted from The Curv series.

As the sportiest representatives of the series, the Fischer RC One 82 GT manage to meet even the highest demands of speed fanatics thanks to the titanal insert perfectly adapted to the ski geometry, without losing playful behavior and easy turning.

Tags: Slalomcarver, Racecarver
related blog posts
Fischer RC4 The Curv: The perfect turn
Redster Series from Atomic: Skis for each type...
Racecarver and Allmountain-Ski in one: Is the...
Playful like a slalom carver, robust like a...
Trusted Shops Reviews Toolkit: 1.1.5
This website uses cookies, which are necessary for the technical operation of the website and are always set. Other cookies, which increase the usability of this website, serve for direct advertising or simplify interaction with other websites and social networks, will only be used with your consent.
Decline Accept all Configure