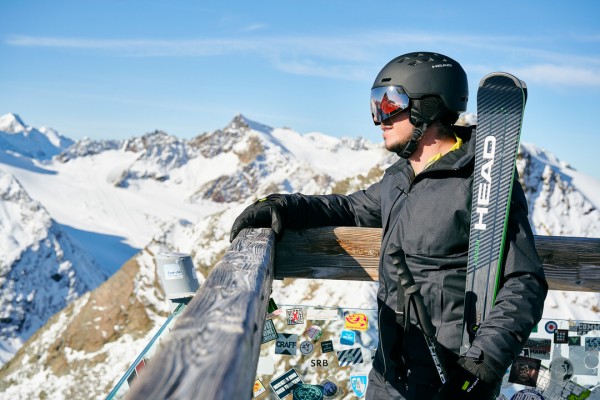 Almost everyone who has been on several slopes around the world has probably seen or even skied the Head Supershape skis. Head has created a modern classic with the Supershape skis and has been extremely successful with them for years.

The success is absolutely justified: The Supershape skis are famous for combining high sportiness with comparatively easy handling. In addition, the various models in the series enable just about any slope-oriented skier to find the right ski for his or her personal preferences, whether it be elegant short turns or high-speed carving in long arcs along the entire slope.

The Head development team doesn't want to rest on its laurels of the last years and has therefore completely revised the Supershape series for this winter and even added a completely new (but nevertheless well-known) model.

Apart from the geometric shape of a ski, the interior is certainly the most important factor for the final performance. Head has put something into the new Supershapes that, at least according to their own statement, should improve the skiing performance even more, namely the so-called EMC.

EMC means Electric Management Circuit and consists of two ceramic piezo plates mounted below the surface in front of and behind the binding. As conductors, graphene-carbon loops each run about twenty centimeters in the direction of the ski ends, ending up in a graphite resistor. According to Head, the aim of the whole thing is to convert the kinetic energy generated during the ski's movement by bending and twisting into electrical energy.

Pheeewww... that sounds so complicated. What's the point of the whole thing anyway? Will we soon have to charge our skis like the smartphone battery?

No. EMC is a further development of Head's previous "Kers" system, in which the piezo elements were only placed at the rear to give the ski a boost at the end of the turn. Kers was designed to provide additional dynamics, while EMC was designed to calm the skis. During skiing, depending on skiing style and slope conditions, a ski may start to vibrate and bend, which can lead to poor grip and unsteady, uncontrollable handling. EMC is intended to dampen these plastic deformations caused by vibration in electrical resistors, which in turn should significantly improve edge grip and ski control. In other words, skis equipped with EMC should be able to calm themselves at full speed.

Well, so much for theory and higher physics. But of course we are mainly interested in how it all affects us on the slopes. And it has to be said: whether it's because of the new EMC or other components of the skis, such as the wood core extended into the shovel, the graphene inlay, the ski height reduced in the middle, the thicker ski ends, the solid wood core or the large-area titanal layer:

All Supershape skis are all surprisingly firm and stable on the edge, even at a low angle and radiate an enormous sovereignty even with hard edging and high speeds. You also get the feeling that hits are less noticeable and that the skis can be skied with great precision and predictability.

In short: the new Supershape skis are so much fun that you won't even think about something as complicated as piezo electronics.

In a good shape: The new Supershapes from Head

Head has also visibly tinkered with the geometry of her Supershape skis. Particularly striking are the new, narrower shovels in relation to the center width, which no longer retract as aggressively as before and thus ensure a more harmonious handling overall.

Especially noticeable: The Supershape family has grown. Namely, one that might look familiar to some people. We are talking about the Head Supershape E-Original, which is based on the red-white original Supershape and which can almost be considered a thoroughbred slalom carver. The very narrow center and the small radius make this ski incredibly agile and the right choice for those who love the short turn and are looking for a sporty ski that doesn't overstrain.

The giant slalom counterpart to the e-original is the Head Supershape E-Speed, which, as the name suggests, is mainly intended to be used in long radii and at high speed on the edge. But even though it is a true race ski, it also allows high agility and goes nippy and harmoniously into every turn.

With its medium radius, the slightly wider Head Supershape E-Magnum is certainly the most versatile ski in the Supershape range. Easy to ski, maneuverable, yet sporty and smooth when things get a little faster - no wonder that the Magnum has long been one of the most popular skis around.

Even more in the direction of all-mountain skiing is the Head Supershape E-Rally, which with its higher center width and larger shovel radius is not quite as agile as its narrower family members, but which can easily cope with any kind of slope conditions, whether ice or fresh snow or melted brawn, provided the driver has a certain amount of driving skill.

The new Head Supershape E-Titanium has become even wider. If you can handle it, this massive all-mountain bullet becomes a true all-rounder, combining perfect edge grip even on ice with the buoyancy needed to take a trip off-road to easily iron out the afternoon sulz.