Ski highlights of the season 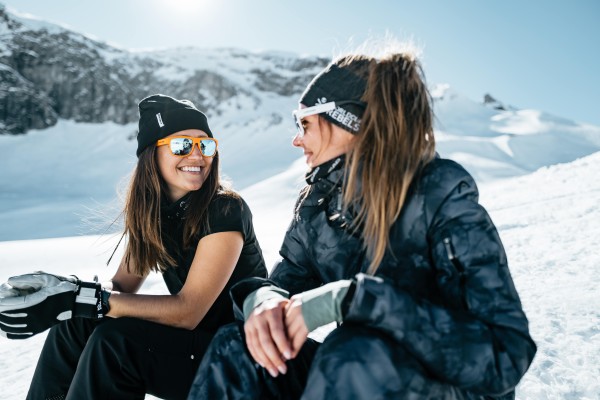 The innovation machine never stops in the ski sector: ski manufacturers invent new technologies, build prototypes, test for all they're worth. Once everyone is convinced, the new developments are first used in racing and then, after a few years, also end up in the online stores, on the ski walls and on the shoe shelves of the ski stores. In this way, a multitude of new or newly revised ski and ski boot models come onto the market every year. Even for us it is sometimes not so easy to keep track: Which novelties are there, which new products are really innovative, and which are just the old models in a new design?

To help you keep track, we've put together some of the new products that we think really bring something new to the slopes, are a true innovation, or at least represent significant improvements to old familiar concepts. Since, as we all know, last winter was not exactly a successful ski winter for most of us, despite the abundance of snow, we do not want to limit ourselves to the novelties of the upcoming season, but also present some of the novelties of last season. After all, they do not deserve to go down.

The very hot topics in ski development at the moment seem to be absorption and dynamics.

For example, a big innovation comes from Head: Electric Managment Circuit (EMC). Sounds like something from a basic physics course. In fact, it is. It's a circuit designed to convert the kinetic energy generated by flexing and twisting during the ride into electrical energy. What's most interesting to us about this is that skis equipped with this technology are actually noticeably smoother and more precise to control, that they're more solid on the edge and flutter less. And since Head uses the EMC in the models of the new E-Superhape sports carver series, as well as in the Worldcup Rebels racing series and in the top model of the completely revised Joy lady carver series, there should be something for everyone.

At Völkl, too, one does not rest on tradition. Because tradition is one pillar of success, constant further development another, but just as important. As proof, Völkl has once again improved the modern classic Völkl Racetiger and the successful ski of recent years, the Völkl Deacon, adding the new Master models to both series. In particular, the wood core made of ash, which is otherwise only used in racing, and the tailor-made Tailored Carbon Tips ensure unimagined dynamics and sportiness.

This winter, Atomic is also taking ski evolution another step further with Revoshock technology, developed in collaboration with Marcel Hirscher. Revoshock was originally developed for World Cup skis, and at the 2020 World Cup season opener in Sölden, Lucas Braathen already took a victory in the giant slalom with Redster Revoshock. Now it is also available for recreational skiers in the form of the new Redster series. and promises improved absorption as well as a more dynamic rebound.

With the new Disruption series, K2 has not only undertaken a slow evolution, but a complete revolution. This may seem a bit exaggerated, but it is brave to simply shoot the so successful series Charger and Ikonic into the wind and replace it with something completely new. But was it worth it? Yes, we think so. Because the Disruption concept is just pretty coherent across the whole series. Perfect edge grip, easy turn initiation, smoothness, maneuverability: it's just incredibly fun to ski the Disruption skis. Whatever component of the new formula that may be.

The same applies to Rossignol's newly revised Experience series. The goal was to develop a ski that skis just as smoothly in all types of terrain as it does on the freshly groomed slopes, but is still nippy and playful in every turn and edge transition. At the heart of the concept is the new Drive Tip Solution, a shovel of dampening material designed to transform bumpy terrain into a comfortable ride. As a result, the new Experience skis are extremely versatile - making it possible for anyone to explore the entire ski area.

So much for ski news. And what's new in ski boots? There are three main trends here: lighter weight, better adjustability and more comfort.

One of the pioneers in this field has been Atomic for years. The Austrians have already set standards in terms of lightness and adaptability in recent years with the legendary Hawx series and the sophisticated Prolite construction. And they're upping the ante again this winter in the form of the new Hawx Professional series: Atomic's new Professional models differ from other boots primarily in that they combine, as it were, the advantages of the thermoformable liner widely used in the trade with those of the classic "foamed" liner - making both better.

Nordica has also been working for a long time to bring adaptability, sportiness and comfort under one hat (or in a ski boot) - with some success. In our opinion, the revival of an old, never quite forgotten concept has been particularly successful: the not-so-good old rear entry boot. There's no question about it: tailgaters were extremely comfortable, especially when getting on and off. But they usually had a really lousy power transmission. With the HF series, Nordica has solved this problem, which ski boot developers have been working on for a long time: comfortable like a rear entry boot, sporty like a buckle boot, really well done.

No compromises thanks to the S/Lab Shift binding from Salomon

Even in an area that usually does not receive so much attention, things are happening, namely in the field of bindings. More precisely, in the field of touring bindings. For a long time, attempts have been made to develop bindings that combine the ascent comfort of a pin binding with the safety and power transmission of alpine bindings. A particularly successful attempt now comes from the house of Salomon, which with the S/Lab Shift attempts nothing less than a "revolution in touring bindings". The result is a gem of engineering: the Shift is suitable for just about everything you could imagine on the winter mountains: long climbs, wild freeride descents but also for days on the very normal slopes - actually, you do not have to make a lazy compromise with it at any point.

So much for our little season preview. If you want to know more, you should check back here soon. Because we'll be going into more detail about all of this (and many other topics, too, of course) here in our blog over the coming weeks and months.