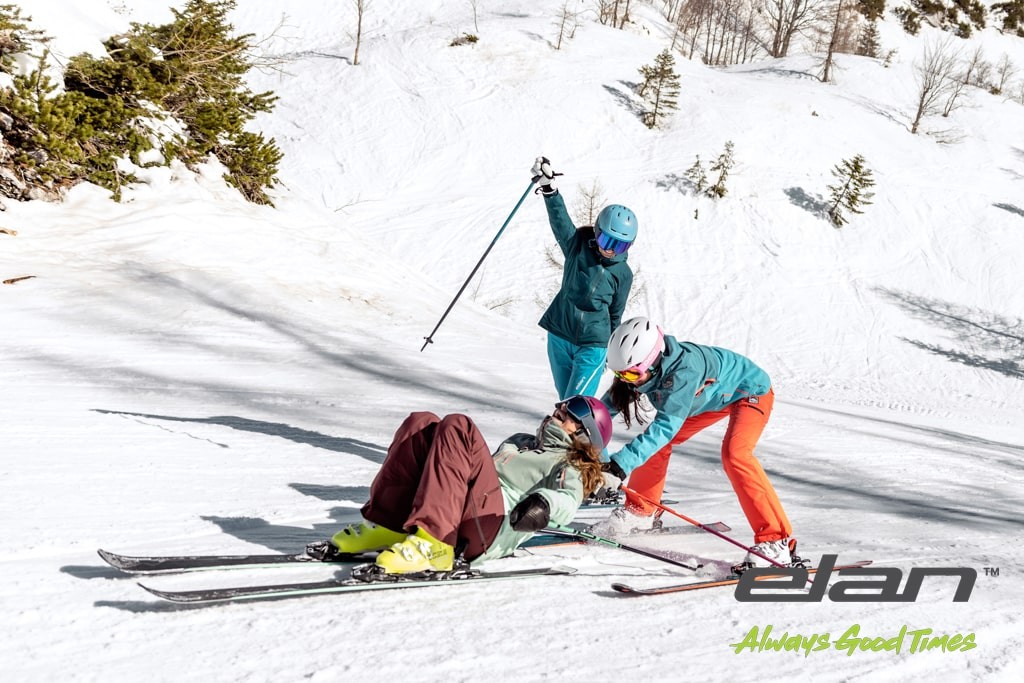 It wasn't all that long ago that women's skis were habitually and somewhat condescendingly ridiculed as weaker, wobblier, less sporty versions of men's skis. The fact that such prejudices are rarely cultivated nowadays also has to do with the fact that Elan came up with an idea 16 years ago: if you want to know what someone expects from a ski, it's best to ask that very person about it.

By women for women: the Elan W-Studio

Following this insight, Elan has been uniting the Elan W Studio, a unique women's collective in the winter sports industry, under the slogan "We Rule" for 16 years, which looks after innovations and the development of the latest models in the women's segment at the Slovenian ski manufacturer.

Participants are not only members of the product and design team and professional athletes from all areas from downhill skiing to ski cross, but also ordinary female skiers. The only condition: A passion for skiing in all its forms.

"Elan's sincere commitment to getting more women involved in skiing is evident in every segment of our new collection," says Melanja Korošec, Global Product Director. "The W Studio goes beyond product development; it's a real collective, celebrating the 'we' feeling - not you, not me - but we!". Getting more women excited about the most beautiful sport in the world and creating unforgettable moments together is what skiing is really all about."

The current women's ski collection is a direct expression of the W Studio's hard work and proves that good women's skis can now be much more than simply differently painted and softer men's skis. The efforts of so many female skiers over so many years have not only resulted in Elan's women's skis being perfectly suited to the needs of women in general, but even to the fact that every female skier of every skill level, from beginner to expert, from piste racer to powder enthusiast, can find the right ski in the Elan range.

A good example of versatility and precise tuning to individual preferences is the new, completely revised Insomnia series. The skis in Elan's Insomnia series are made for women who love smooth carving turns and prefer to have fun on the groomed piste when skiing, but also always want to be prepared for a little detour off-piste or conditions such as heavy snowfall or rutted, slushy pistes.

To achieve this equally versatile and smooth on-piste performance, the W team developed the Amphibio Truline W technology from Elan's in-house Amphibio Truline technology (learn more about Amphibio and Truline technologies here), which stands for finely tuned, structural reinforcement of the inside edges over the entire length of the ski and easy and perfect cornering over the outside edges. As a result, this means: more power, stability and confidence in the swing release and the subsequent turn. The energy-saving Freeflex Power Shift binding also delivers the precision for perfect turns and leaves enough energy reserves for the entire ski day.

But of course not all women who prefer carving on the piste ski equally well. And that's exactly why Elan's W-Studio has made sure there's something for everyone.

The Elan Insomnia 16 Ti, for example, is suitable for top female skiers, and in terms of sportiness it is in no way inferior to the top piste models for men. A 73 mm centre width, titanium inlay and RST sidewall ensure the best edge grip, manoeuvrability and smoothness, while the wood core shines with a flex specially adapted to women. This means that nothing stands in the way of either short or long turns at high speed on the groomed piste.

While the Elan Insomnia 16 Ti is aimed primarily at good to very good female skiers, the Elan Insomnia 12 C courts the favour of female skiers who generally take it a bit easier, but occasionally want to let off the proverbial steam and step on the gas a bit more. With its 76mm centre width and carbon layer, the Insomnia 12 C is a very versatile and easy-to-handle ski that is particularly suitable for easy cruising, but can also handle higher speeds without any problems.