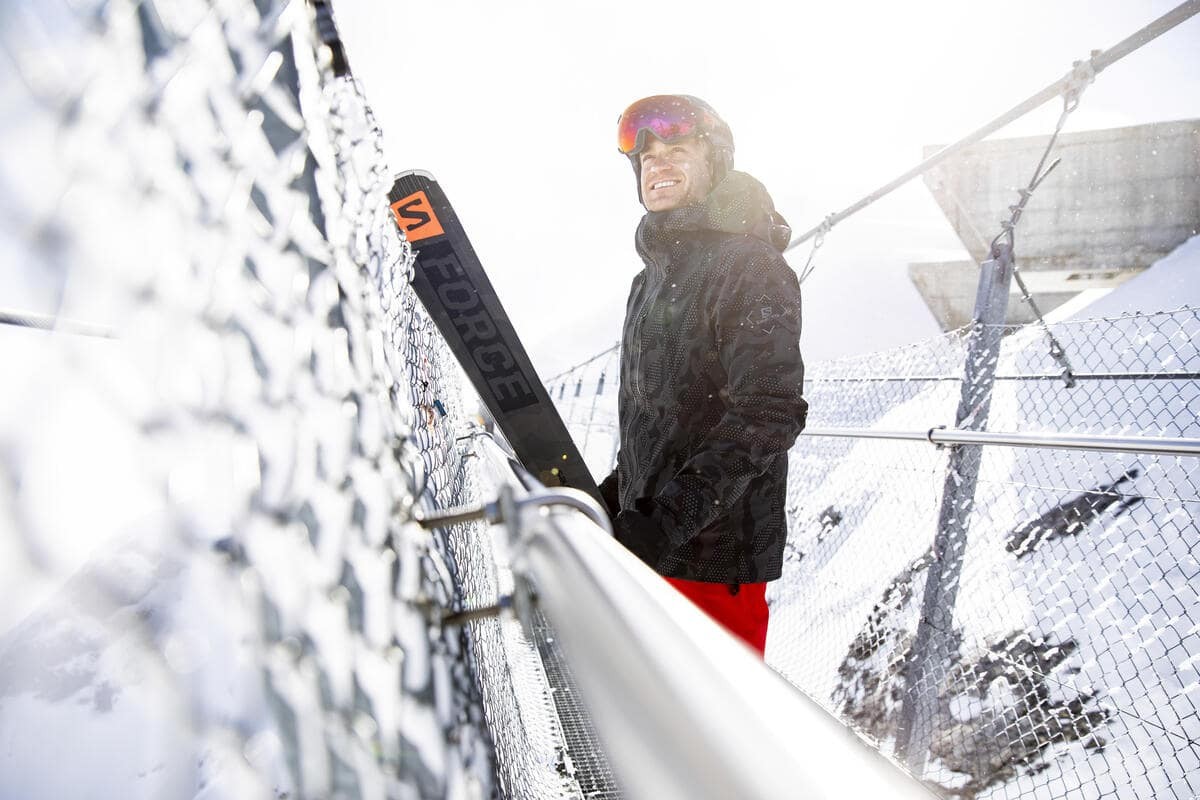 Let's be honest: Breathtaking powder runs and spectacular tricks in the fun park are simply impressive. But for most of us, the adventure on the good old, sometimes more, sometimes less perfectly groomed slopes is enough.

And there's nothing wrong with that at all: even racy carved descents on the slopes can be breathtaking and spectacular, provided you have a certain level of skiing skill. And the right ski under your feet.  The French traditional manufacturer Salomon has set out to do just that in the development of the current piste ski series S/Series: To equip the "normal" sporty and experienced and slope-oriented skiers with a ski that allows them to make breathtaking descents.

But of course not all slope skiers are the same: some love short turns, others long carving turns, some like it fast, others rather leisurely, some like the slope hard and icy, others rather soft. In order to be able to offer each of these types of slope skiers exactly the right ski, Salomon has developed not just one, but three series as part of the S/Series, true to the motto "Choose Your Blast". The S/Race series with its highly sporty slalom and giant slalom models and the S/Max sports carver series.

Salomon S/Force: Stable all over the ski thanks to Edge Amplifier.

The latest spin-off of the S/Series to date is the S/Force range, with which Salomon aims to bridge the gap between these two narrower slope ski series and the all-mountain Stance series. The goal was to build skis that provide all-day power and stability in all snow and piste conditions throughout the season, from November to April, while supporting all skiing styles from playful short turns to long-distance carving turns.

The double titanal inserts provide power and stability. The Edge Amplifier technology also contributes to this. Here, the binding rests on two continuous external rails instead of directly on the ski, which ensures easier edging by distributing the force and control impulses more efficiently over the entire ski.

The result is a thirty percent improvement in edge grip and that very special feeling you get when you pick up speed, put the ski on the edge and feel the pressure increase and the centrifugal forces take effect.

Crossover Tip: Vibration-free over all bumps

So that the Salomon S/Force skis do not become sluggish even in sulz or in smaller detours next to the slopes, but can glide easily over all bumps, Salomon has also equipped them with a special shovel construction in addition to a higher center width and a slight rocker: The so-called Crossover Tip Tech includes side-mounted TPU inserts for shock absorption and, on the other hand, a unique fiber layer made of carbon and flax that dampens vibrations.

The natural plant fiber flax is not only particularly light, it also complements carbon fibers perfectly. Because while carbon is very light and still allows for a very powerful style of skiing, it can also make a ski quite bucky because it is a rather brittle material. The dampening effect of the flax fibers, which are very elastic, makes the ski easier to control and more versatile without sacrificing sportiness. The Crossover Tip thus absorbs all terrain variations and improves the ability of the ski to cut through snow.

The top model in the S/Force range , the Salomon S/Force Bold is made to dominate the slopes in all conditions with pure power. The Edge Amplifier ski / plate construction provides in combination with the double layer of Titanal for full grip even on the toughest slopes. In sulz and zerfahrener slope carries especially the Crossover ski tip for increased stability by optimally absorbing vibrations and shocks while allowing even snow contact.

The Salomon S/Force Ti.76 and the Salomon S/Force Ti.80 also offers stability and speed for a fast-paced carving experience on the slopes, no matter what snow conditions. It is the perfect partner for dynamic piste skiers who already ski very neatly but still have a little room for improvement.

The latest addition to the S/Force family is the women's model Salomon S/Force Fever, which with its nice mix of low weight and sportiness hits exactly the middle ground between smoothness and agility. Especially for female skiers who are already advanced and are looking for a ski that on the one hand does not overwhelm and on the other hand supports them to seek new challenges every day and to become better and better, the S/Force Fever is very suitable.

Tags: Racecarver, Slalomcarver
Trusted Shops Reviews Toolkit: 1.1.5
This website uses cookies, which are necessary for the technical operation of the website and are always set. Other cookies, which increase the usability of this website, serve for direct advertising or simplify interaction with other websites and social networks, will only be used with your consent.
Decline Accept all Configure