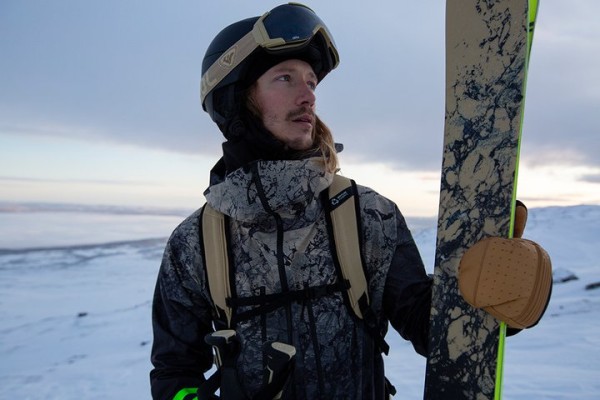 Freeriding is an attitude of life, freedom and an incredible adventure in nature. Ski off-piste fans can only get their full enjoymentwith the right ski. That's why we´ve asked ourselves: What do we actually expect from a freeride ski? What characteristics should a ski bring with it to choose it as a companion for the next freeride adventure?

Rossignol has been thinking about these questions for years. With success: it's for a good reason that Rossignol's 7 series was regarded as the benchmark in the freeride sector for a long time. But what do ambitious people do when they have set a benchmark? Yes, they start to set a new one. With the new Blackops series, Rossignol wants to take freeriding to a new level and give every freerider exactly the ski they need to explore the mountain in the way that suits them. The Blackops series has the right model for everyone, whether you're more interested in longer ascents or wild trick jumps.

Rossignol Blackops Sender: Be one with your ski

One of the most versatile models in the new series is certainly the Rossignol Blackops Sender, which is just the right ski if you don't want to fix yourself to anything and just want to freely do exactly what you feel like doing at the moment. The most important thing about a freeride ski is, of course, the flow: nothing is better than the feeling of gliding lightly and smoothly over fresh powder. To achieve this, a good freeride ski has to be as light as possible and it has to be easily manoeuvrable. To reduce the weight of the BlackOps Sender as much as possible, Rossignol uses a core made of paulownia wood, which is also known as the aluminium of woods due to its lightness and high stability.

In addition, there is an extended shovel which is extremely light due to its characteristic comb structure and which is also better integrated into the ski's chassis. This so-called Air Tip technology reduces the swing weight of the ski, gives it a strong lift and ensures a balanced and consistent flex from tip to tail. In combination with the pronounced rocker, the fast rebound and the 104 mm centre width, the Rossignol Blackops Sender allows easy floating and playful agility on powder and old snow.
The low weight of the BlackOps Sender has another advantage: even though this ski is more downhill-oriented, shorter ascents of up to two hours are easily mastered with it.

A freeride ski that also offers assistance on the piste

Unfortunately, in our regions it is not always guaranteed that there will be enough snow to seriously speak of powder snow. That's why even the most convinced powder aficiniado is confronted at some point with the necessity of skiing on a "normal" piste from time to time. In such situations, many freeride models suffer from the fact that although they are extremely light and easy to turn, they do not have enough torsional stability and strength on hard piste to be skied safely on the edge. And for riders who prefer an aggressive, less relaxed style of skiing, these skis are often too unsteady.
Rossignol has come up with a few ideas to compensate this: for one thing, the diagonal skiing direction:
On the one hand, there is the DiagoFiber installed diagonally in the middle section, which ensures better edge grip and optimal power transmission without sacrificing lightness and playfulness. The damper layer installed near the tip, which is reducing vibrations and thus improving snow contact, as well as the core extended into the shovel base, which increases torsional strength and steering precision, also contribute to safe control in changing snow conditions.
Precision is improved even further, on hard surfaces in particular, by the 2LCT Visco construction adapted from the Rossignol Hero Elite racing ski series and adapted to wider skis, which noticeably improves the tracking accuracy and line fidelity of the Blackops Sender once again.

Sustainability becomes more and more important. Freeriders in particular have an interest in being able to enjoy nature for as long as possible. That's why Rossignol uses FSC®-certified Paulownia wood cores in combination with recycled topsheet (up to 15%), base (up to 30%) and edge materials (100%) for the Blackops Sender and produces the BlackOps skis exclusively with renewable energy and in manufacturing facilities in profile in Europe to keep transport distances short.

Near the optimum: Rossignol Blackops Sender

The perfect freeride ski consequently needs to have many characteristics: Stability, floatation, lightness, versatility, homogeneity and sustainability.... And although this optimal profile is not exactly free of contradictions, Rossignol Blackops Sender approaches it amazingly closely.

Tags: Freeride skis
Trusted Shops Reviews Toolkit: 1.1.5
This website uses cookies, which are necessary for the technical operation of the website and are always set. Other cookies, which increase the usability of this website, serve for direct advertising or simplify interaction with other websites and social networks, will only be used with your consent.
Decline Accept all Configure